“Slicing” is a term used by falconers to describe the way a hawk defecates. Hawks, and all birds, do not have solid poop and liquid pee like mammals do. Birds save weight by not having a bladder. The waste product they excrete is in the form of urates and uric acid, the crystals that make bird “poop” white. Birds have one opening — the cloaca — from which both waste matter and (in females) eggs exit the body. Some nestlings defecate in little packets called fecal sacs. The parents will pick them up and remove them from the nests. Nestlings of some species defecate in the nest. Hawks forcefully eject their droppings, shooting them some distance away from the nest to keep things sanitary. That process is called slicing. 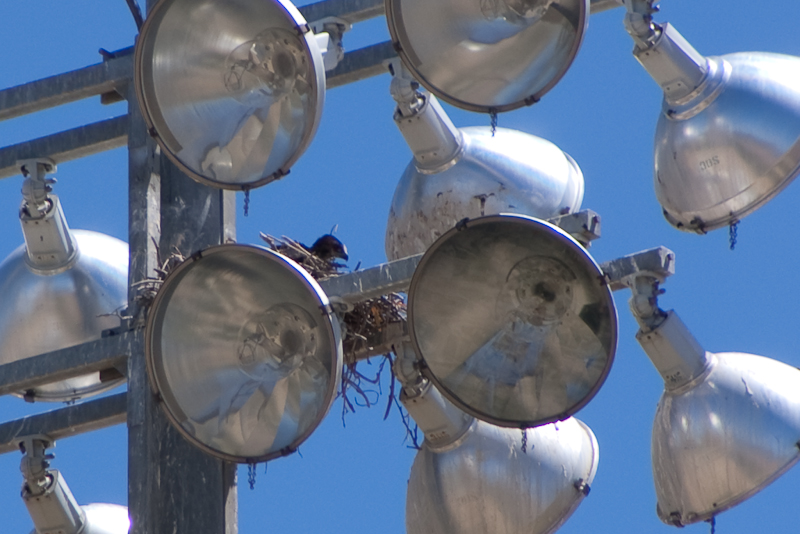 Only one of the baby hawks bothers to lift its head above the nest so I could see that the kids are still there. And that is when I’m noting the energetic splashes on the light fixtures around the nest. Well, it must be expelled somewhere…
The parents are perched on the adjacent two poles, keeping an eye on the babies as well as the earth moving activities underneath. 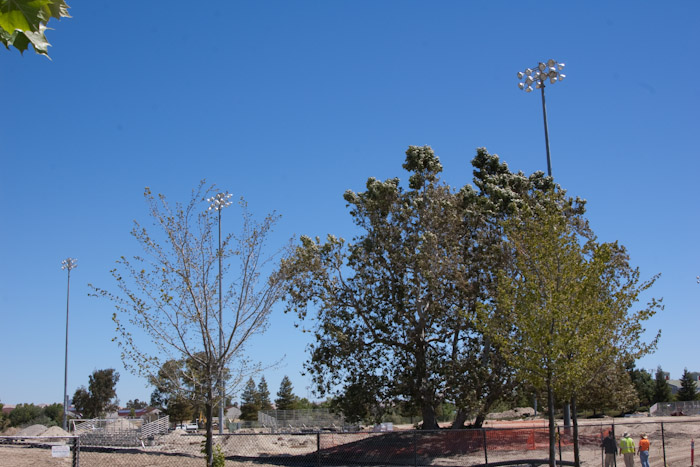 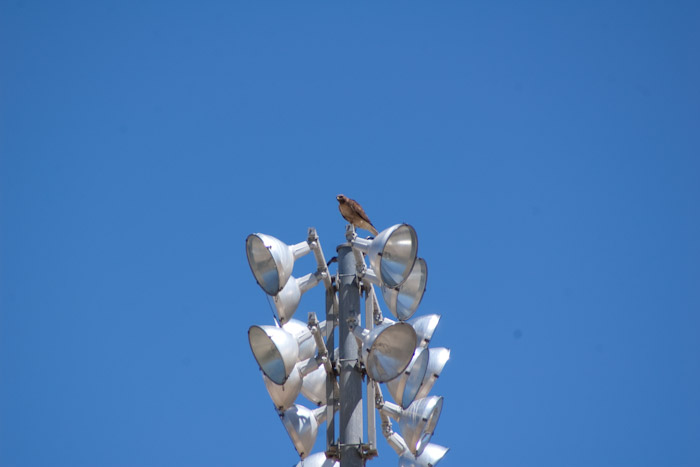