The hawk’s nest up on the sports lights and the two fledglings came to our attention only after we’d been working on the artificial turf field project for about a month. By then, we’d scraped the fields of the natural grass and had taken out another layer of the sand beneath. It’s entirely possible that the drone of heavy machinery was not as alarming to the nesters as groups of kids running, screeching and kicking after a soccer ball. If it had not been for the construction, we would have had the lights turned on, which could have made things a bit toasty in the nest. 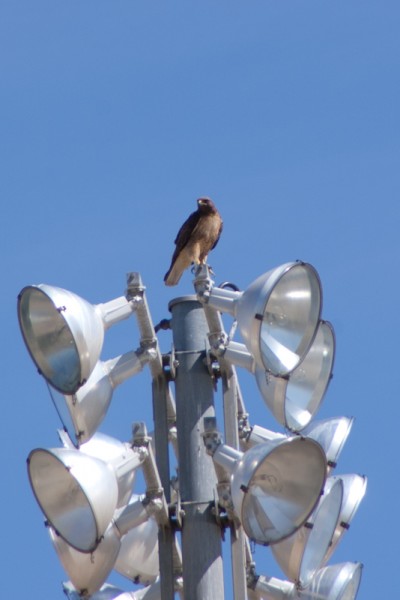 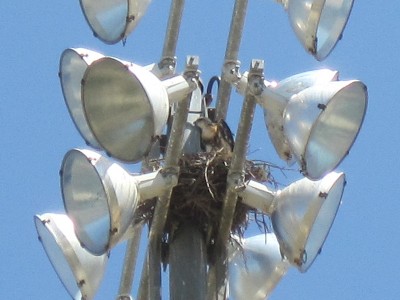 I presume it is the mom, keeping an eye on the nest from an adjacent pole, and occasionaly flying around to show the kids how it is done. 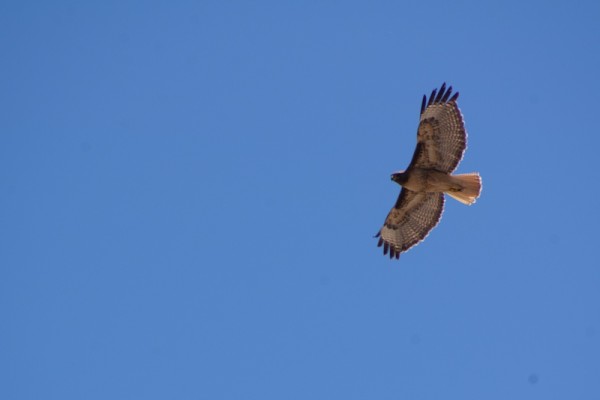 When I looked up at the nest, there they were, the two of them, standing in their respective corners, as if they’re being super polite, looking at each other and then down, and saying, “no, no, I insist, after you, dear sister…”  I suppose, they’d want to be sure they are ready to flap and stay afloat for it is a good drop down to the ground. 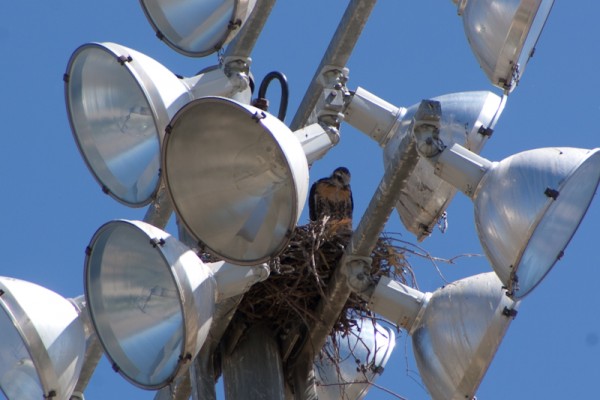